The aim of this book is to explore and reflect upon preconditions of a specific European social dimension, or more specifically of a European social citizenship. Welfare and social policies in Europe are deeply entrenched in state histories; the success of welfare state stems from its ability during a fairly long historical period to unify social citizenship, full employment, mass education and a functional industrial relations system. The historical connection between welfare regimes build upon the nation state, and popular democracy founded party voting, makes the deepening and widening of a common European project a highly risky undertaking and an open process with a radically uncertain outcome. The dilemma in the form of uneasy relationships among national welfare regimes and the evolutionary process of increased market integration - driven both by market forces (globalisation) and the European Union as a political project - is well known and has been demonstrated by different commentators. Every step of deepening market integration in Europe tends to threaten and put pressure on the existing national welfare regimes. As their own populations generally support them, the legitimacy of the EU is at risk. The book analyses the prospects of a coordinated social dimension at the European level, matching the market integration, and what role the concept of citizenship can play in such a scenario. 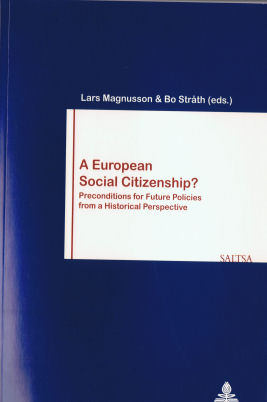