Reflections on Europe. Defining a Political Order in Time and SpaceHans-Åke Persson and Bo Stråth (eds.)

The focus of this volume is Europe as a concrete political order. The book addresses current problems that have beset European integration from a long historical perspective with the aim of giving a historical and interdisciplinary view of the present state of crisis of European unification. The volume connects empirical observations concerning the past as well as the present to long-term social theory and political philosophy in order to discern potential futures. We discuss the borders in time and space of historical and present outlines of political concepts of Europe, whereby the borders have external as well as internal dimensions. Although our focus is on the political capacity of Europe, it does not confine itself to the identity and culture discourse. In the present context of near-identity between Europe and the European Union the historical perspective which we employ emphasises the differences between the two.

This volume is divided into two parts. Part I contains historical examples of outlines and imaginations of Europe as a political order, a polity, a concrete political ordering, eine konkrete politische Ordnung, drawn from early modern times up to the present day. The chapters in this part develop a certain tension between Europe as a polity and as a cosmopolity. The concepts of polity as opposed to cosmopolity provide a way to go beyond the well-known dichotomy between federation and confederation, which often appears to reduce discussion to a simple choice between nation state and supra-state, which was perhaps a choice more appropriate to the nineteenth and twentieth centuries than twenty-first. 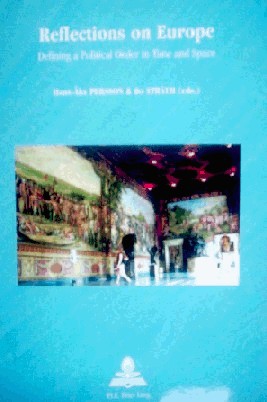