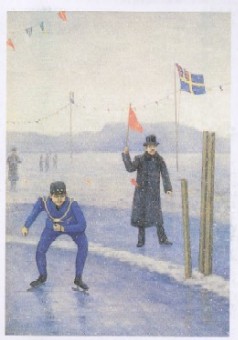 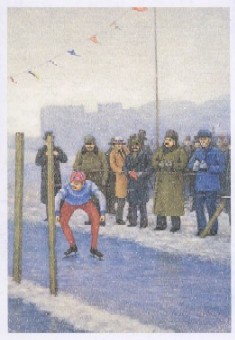 The union between Sweden and Norway was established in 1804 through military conquest in the turbulence of the Napoleonic wars. The union was liquidated in 1905 through what in Norway was seen as the king's abdication and in Sweden as a Norwegian coup d'état. After negotiations the separation occurred peacefully.

The union between Sweden and Norway was a matter of combining union with nation, constitution and, towards the end of the 19th century, the demands for democracy. This was primarily the king´s problem, since he was the unifying link in the union. The theme that ran through the history of the union is the question to what extent he succeeded in this task. This question is complicated by the fact that the king, as a unifying force, was not one but two kings. He was not formally the king of the union, even though he was often called that, but the King of Sweden and the King of Norway. The definition of the royal power that lay in this subtle distinction led to equilibristic operations and acrobatic exercises that easily resulted in a kind of royal schizophrenia.

Owing to a series of recurrent crises there was a gradual transition from a royal foreign policy to a democratic, constitutional one. The Union´s problem was that popular power was formulated via Norwegian and Swedish nationalism rather than as a demand for a democratic union. From the 1840s the two nationalisms, together with Scandinavianism, which created the idea of a Scandinavian union, developed a complex and explosive, ideological pattern that was nourished by the king´s foreign policy. In the 1890s the public media in which these ideologies were formulated had become more widespread and united, and nationalism was an increasingly difficult force to tame. The kings had whipped it up and ridden on it in foreign political activism in the1850s and 1860s. A certain degree of stability came in the wake of the establishment of German power after 1870, but the crisis of liberalism with the breakdown of free trade and the markets and protectionist policies after the middle of the 1880s reawakened the nationalistic language. In the 1890s the king lost his grasp on this rhetoric. He found it increasingly difficult to keep apart the distinction between being the Norwegian and the Swedish king. The break-through of protectionism in Sweden broke down the free trade arrangement between the two countries, which was one of the institutional pillars of the union. The protectionist politics were formulated in a chauvinistic and offensive nationalistic language with the message that Norway was a tributary people under Swedish supremacy. This triggered a nationalistic Norwegian debate with claims for full autonomy within or if necessary without the union.

The Union´s problem was that popular power was formulated via Norwegian and Swedish nationalism rather than as a demand for a democratic union. The limits of the union were reached with the demands for democracy. In Norway democratic claims were embedded in a nationalistic language which described the Norwegian king as a foreign ruler. Neither parties were able to develop any union institutions to meet what, in modern terms, was increasingly thought of as a democratic deficit. The king stood almost alone as a unifying institution and the powers that demanded political reform were too much for him. The demands for democracy were channelled towards national centres of power and broke up the union.